Every now and then when my "recycled materials" shelf starts to get over run with yogurt containers and egg cartons, I throw them all on the art table with a few rolls of tape and let the kids go at it.  BUILD SOMETHING!

This time I gave them a concept: Animal Banks!
Everyone got one big or two small yogurt containers and whatever else they wanted from the recycled materials (cat food cans, straws, marker lids, plastic conainters of all kinds) to build their animal.  I had a low-temp hot glue gun plugged in for teacher help on the things that tape just wouldn't stick.  We used tissue paper and watered-down white glue to add colour and a final layer of stick-it-all-togetherness. 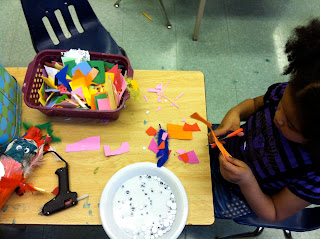 When they were dry, little extras like feathers, foamy paper and googly eyes, carefully created and directed by kindergarten and hot glued by Ms. R,  gave that last touch of personality.

It was an extended effort over a few days, so only a handful of kids stuck the project out to completion, but I LOVE the creatures they made! 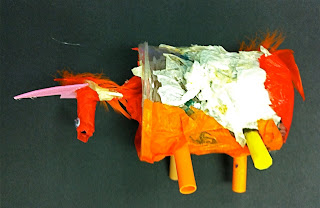 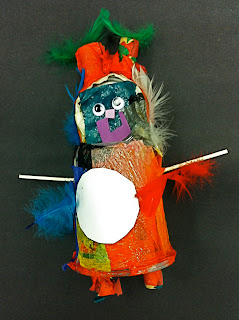 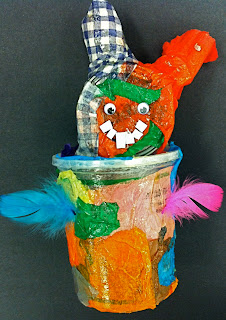 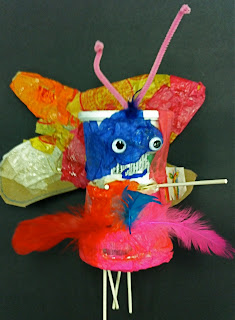 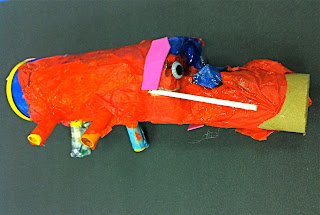 I used an exacto knife to make a coin slot, and I also made a hole for the money come out, which I plugged up with a dollop of Crayola Model Magic modelling compound.

Come and see my reproductive embroideries in person!

My series of reproductive embroideries, entitled Spring, have been accepted into
SpeakEasy's Spring Art Fair.
They will be on display and for sale at AWOL gallery, amongst some other great work (including pieces by my Sassy Little Craft Show collaborator Audrey Hudson) from May 2-12 2013.
See art!  Buy art!  Or just culture it up and have a coupla drinks with me at the opening
on Friday May 3rd, 7-10. 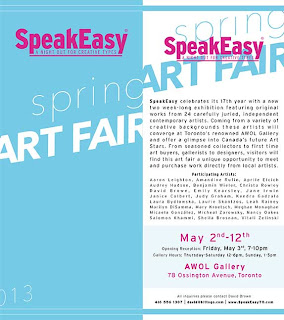 SpeakEasy, by the way, is one of my favourite promoters of creativity in this city.
From their site:
SpeakEasy is a gathering of Toronto's artistic community. It's an opportunity to network, share ideas, and keep in touch with the pulse of Toronto's creative professionals. Established in 1996 SpeakEasy brings together distinguished and emerging artists, from a variety of backgrounds. The atmosphere at SpeakEasy is casual... conducive to innovation and inspiration. The SpeakEasy gang invites you to come out and join us for a beer and spirited conversation on the First Thursday of every month. No door fees, no attitude, just like minded folks coming together to talk about art.

Learning about Texture with Eric Carle

I LOVE the children's illustrations of Eric Carle.  When it came time to teach the design element of "Texture" to my students, I thought his books would be a great example.
Since we have been obsessed with seeds, plants and gardens lately, I chose that as the theme for our pictures.  We spoke at length about including what our plants would need to grow (soil, water, sunshine) and how we would represent that in our picture.  Then we set to work creating the painted, textured papers that we (inspired by Carle) would use to create our collages.

We painted cool colours on a separate day from warm colours so we wouldn't end up with a uniform brown muddy pallet of papers. 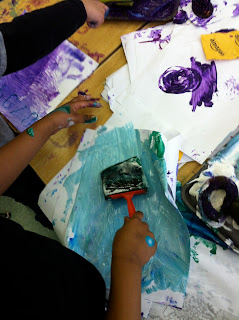 Look at all of the beautiful options! 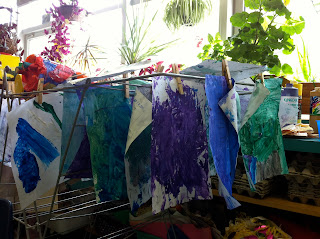 The students made a background paper with fingerpaint, and when it was dry the set to work tearing and gluing our textured papers to make their garden pictures. 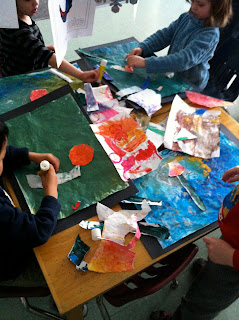 I put a picture of a garden from one of Carle's books up on the data projector to inspire us while we worked on collage day. 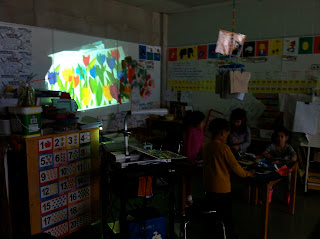 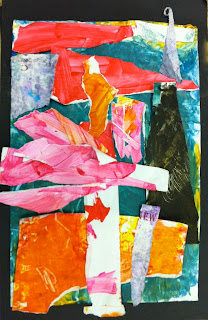 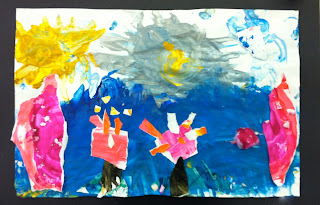 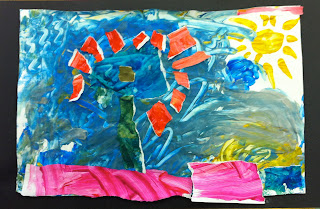 I bought little packets of flower seeds to attach to these.  That and a kindergartener-written poem... BANG! Mother's Day present.

These pieces are some of the new embroideries I have been working on.  I used vintage doilies that have been stretched on embroidery hoops.  Each doily is embroidered with a cross-section illustration from a children's science text depicting either plant or human reproduction.There are five pieces in all, developed as a series to explore the similaries between human and floral reproductive processes.The femininity of the doilies and the traditionally female pasttime of embroidery echo the femininity of the flowers and female sexual biology, while the anatomical nature of the illustrations contrast the science and the biological objectivity with the prettiness of the craft as well as the sexuality implied. 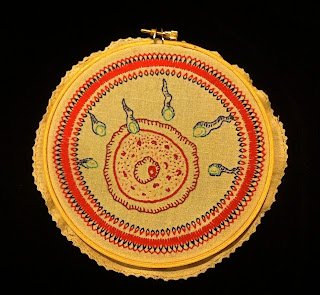 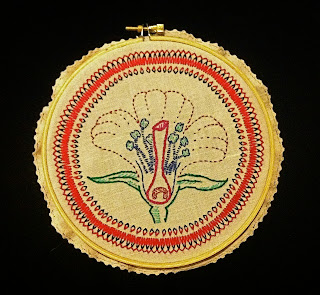 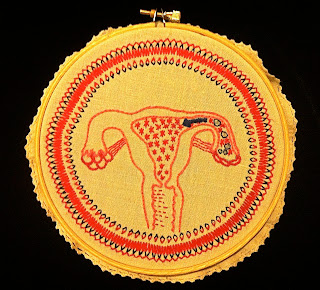 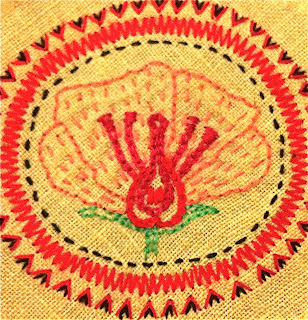 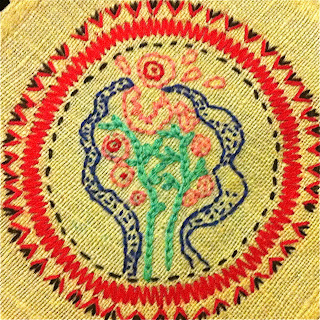 The Series is called "Spring"

Check out my updated Etsy Shop

Hey kids, want to see Christa's objet d'art all in one place?
Want to buy, commission, or just see what I'm up to?
Check out my updated Etsy Shop 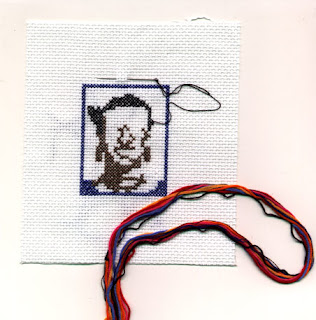