My fella has been obsessed with wrestling lately (mainly because of his involvement in producing a live wrestling show: https://www.facebook.com/victorycwrestling) so I seized the opportunity to make a wrestling themed birthday cake.  I thought about trying to do a wrestler or the ring or something, but I decided to go with a luchador mask, since he and I had flexed our crafty muscles making them, and since I have a thing for Mexican folk art.

But first, the cake: 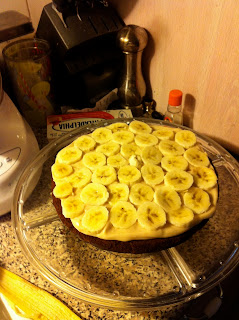 I made a peanut butter/cream cheese icing (OMG) and on a whim, added a banana layer. 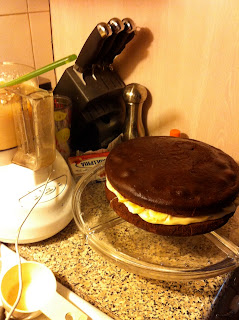 I used the Bob's Red Mill Gluten free chocolate cake mix, which was quite good. 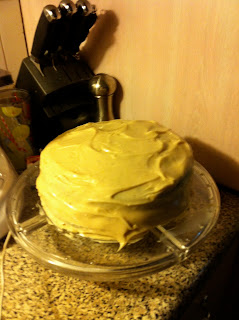 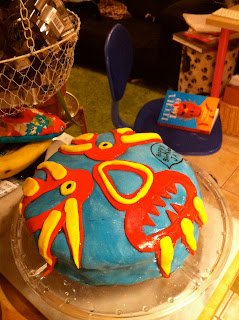 I have an  easy fondant recipe that I found online that makes a great, play-doh-ish texture of fondant.
I used food colouring gel from William Sonoma for bright colours.
Feliz Cumpleanos!

These portraits zero in on the facial expressions of the women on vintage 1970s and 80s Nude Playing Cards. I am fascinated by the women's various expressions of desire, which range from "come hither" to "vulnerable little girl" to "defiant vixen". When they're objectified bodies are edited away, these expressions seem to take on new meaning to the viewer. 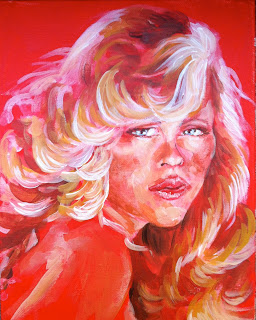 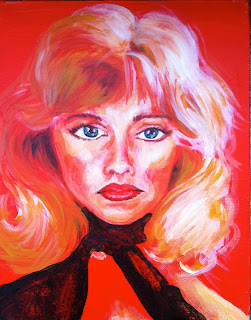 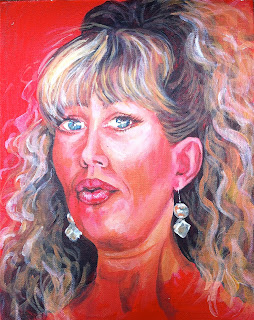 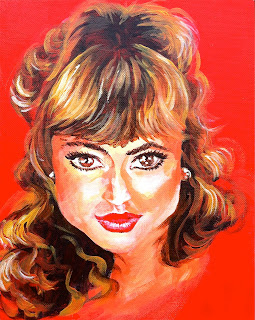 These portraits are taken from Circus Posters for sideshow "Fat Ladies". Often dressed as dolls or babies, these women seem to represent an opulent innocence, with only the tiniest references to sexuality. In these pieces I am comparing the ladies with the ultra-feminine fabric that they are painted on. The sepia tint of the old photo colours references the pallette of the fabric, while the giant blooms echo the frills and flesh of the ladies. 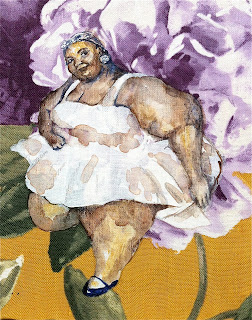 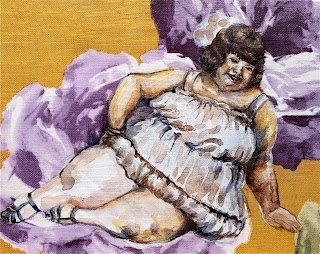 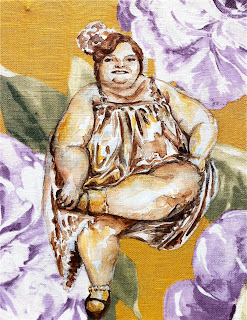 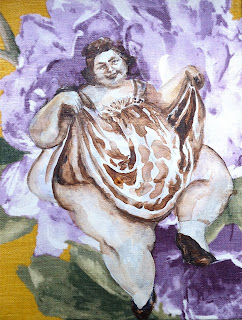